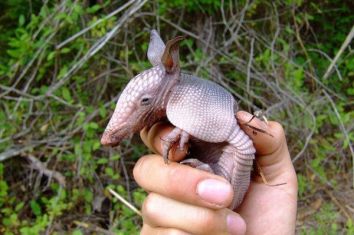 When I was ten years old I had an armadillo as a pet in Cuernavaca in Mexico.

Before and after school I would spend hours hunting for scorpions for him to eat. He couldn’t get enough of them, I think he thought they were lobsters.

He spoke Spanish of course so when we discussed them I called him ‘Alacran’ which is the name of his species. He didn’t mind at all; in fact he was quite proud.

I trained him to do his thing and change into a ball, and then I would roll him down the lawn behind the house. He used to squeal with laughter and I did too.

A panther got him in the end one night when I wasn’t there to protect him. It didn’t matter that I was only ten years old then – I loved him.

I buried him with full honours, and all the scorpions I could find were there to commemorate him. They loved him too. His real name was Pelota.

I shot that panther in the eye with my BB gun. He was on the other side of the valley at the end of our garden so people might dispute the accuracy, but before I did that I shouted to him “You killed my friend so now you are a one-eyed cat.”

He didn’t come back again that is for sure, and later when I grew up I understood that you can’t trust cats at all.

1 thought on “The Armadillo: A Tale from Mexico” 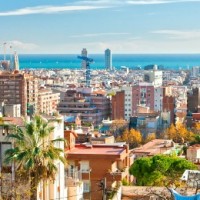